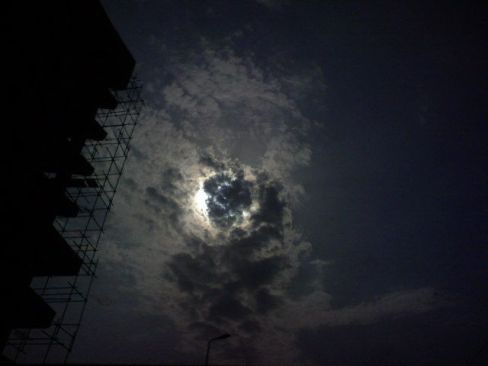 Exposure: the moment or instant when what was hidden becomes revealed

Background: For the past few days, I have typed, deleted and struggled with writing this. However, in what has been a rapidly polarizing issue, I could not help but hold onto the hope that we might finally see each other as brothers and sisters who share a common humanity, even amongst our difference.

There is a movement in this country towards something different, and it has been a long time coming. No doubt, Friday’s Supreme Court decision on gay marriage has already been hailed and derided, celebrated and challenged. Whether you and I see it as progress or regression (or something else altogether) will largely depend on a number of factors, including: your political associations, your moral frameworks, your friendships and family, your culture, your theological convictions, and your understandings of identity and sexuality.  I do not intend to unpack all of those issues, but I acknowledge that there is no shortage of perspectives out there. For some, emotions, questions and thoughts are still effervescing towards the surface: How should I respond? Should I agree or disagree? Is there another option?  How can I be in solidarity with others?

Context: I believe that any response must be couched within context. Gay marriage is a deeply complex issue embedded in our national consciousness and history. It touches upon a multi-layered arena of politics, humanity, society and religion. But beyond the complexity, it is also a surprisingly simple issue. For our culture, gay marriage has primarily become an issue about equality, about common humanity. And this will not change anytime soon. As a Christian, recognizing how the primacy of our common humanity intersects with the issues of gay marriage and gay rights has been the single most important lesson I have learned from my LGBTQ and same sex attraction (SSA) friends.

Whether you support gay marriage or not, I would encourage you to recognize the context in which you and I live. This IS our reality: America is no longer a Christian nation, the law of our land has changed and sexuality has become an identity-constituting reality.

Considering Marriage and Hegemony: No amount of praying and pining for a bygone era of Christendom will change the reality we live in. The way forward is not backward. And I’m not really sure that’s where we would want to go, even if we could. Consider how a Christian majority championed reparative therapy, a set of practices that were psychologically painful for many and has now been abandoned by Exodus International, the very ministry that had advanced it (Exodus International officially closed its doors in mid 2013). Consider how a Christian majority watched, perhaps unknowingly, as many of its own struggled to understand their faith in the context of identifying feelings of attraction towards the same gender. Consider also that a Christian majority produced the hate-filled invectives of Westboro Church. While I recognize that many of our churches never actively participated in picketing gay parades with signs reading, “God hates f*gs” and “You’re going to hell,” neither did they challenge nor correct the misplaced views of a judgmental few in any substantial way. Instead, silence generally prevailed (which makes me grateful for those who have stood in the gap and have built bridges with LGBTQ communities over the years). Whether this silence arose from fear, ignorance or resistance is a matter of our own hearts. But in our silence, a vacuum was created, which hate, fueled by the frenzy of media and the often myopic cluelessness of the church, quickly filled. Hate became the dominating message that the LGBTQ communities and individuals (including those within the church) received from the evangelical Christian church, even if it was not a message that many of us would have ever intended. Hate localized itself against the identity of the individual, and the church largely did very little to display God’s love.

So, no, I do not believe the answers we seek reside in a time before the SCOTUS decision. Even if you might disagree with gay marriage, going back to where we were before would only mean returning to a scarred land, where, for years, much of the church already functionally redefined marriage through its treatment of divorce. That is what hegemony produced – the unassailable and affronting ability to decide which matters matter, and which ones don’t. And that is not what the church or the world needs today.

For the church: There is much to confess in the church and to the world. Perhaps we can begin where we are, laying ourselves prostrate before the God who is neither surprised nor taken aback by the SCOTUS decision. What might confessing our silence and inaction when our neighbors were labeled as subhumans look like? What might confessing hypocrisy around marriage and divorce mean for us? And how can we do confession, not just with God, but with those who have been hurt? Perhaps we can see those who are gay and lesbian as people first. Perhaps we can attempt to understand our context – instead of responding out of context in a blind attempt to maintain a cultural hegemony that no longer exists (For starters, the legal definition of marriage can be different from the church’s sacramental definition of marriage). If nothing else, perhaps we can turn to the greatest commandment: “Love the Lord your God with all your heart, soul, mind and strength, and love your neighbor as yourself.” Maybe then we will begin to see a way forward.

For gay marriage advocates: I have been grieved to hear how Christians who have civilly and respectfully disagreed while still recognizing another’s humanity are being derided as bigots. It would be a mistake to ignore differences, but I hope and pray that we can be a nation of people who see each other’s humanity before the difference. I personally refuse to believe that all LGBTQ communities are perpetuating a response of hatred and division. If I have learned anything from the lives of LGBTQ and SSA individuals whom I call friends, it is that hate cannot be given residence anywhere. So as the right to marry now legally extends beyond it’s traditional definition, can we find a way forward where the humanity of all is respected?

Whatever your response might be in light of Friday’s decision, the archbishop Wilton D. Gregory has written this insightful statement, which I quote from directly:

This judgment, however, does not absolve either those who may approve or disapprove of this decision from the obligations of civility toward one another. Neither is it a license for more venomous language or vile behavior against those whose opinions continue to differ from our own. It is a decision that confers a civil entitlement to some people who could not claim it before.

I believe the Spirit of God is hovering over our churches and our communities. He hears our questions and our confusion. He sees our best (and worst) intentions. Yet ours are not the only voices he hears or people he sees. Our LGBTQ neighbors – their cries and their questions – also make themselves heard in the ears of God. And as the noise of our sometimes disparate voices come together in cacophonous fashion, I wonder what this triune God might be saying to us all. What is he speaking to us, this God, who acts according to his love, his mercy and his justice? And are we willing to listen?

9 thoughts on “Exposed: Gay Marriage, SCOTUS and the Church”